Affluence is a benchmark set by many people which others are aiming at striding on to. But to get to that point, you need to put in efforts that count. When making money meets the uncertainty of Forex trading’s potential to rake in numbers, people with such a plan on their mind is likely to fall into a perplexity. The common reply to this question would be “No,” which, indeed, has no definite proofs to support this claim. On the contrary, what people need to understand is the fact that the journey to becoming rich through Forex trading wouldn’t be an easy one. You will be subject to losses on the way up, which you need to be aware of and prepared to face when coming your way.

According to several sources, the information regarding the losses faced by many of the traders stands true. Conclusions suggest that only one out of three traders recovered the loss or hadn’t suffered from any form of losses with trading. These reports were released just after the unexpected depression of the market, which also indicates that there are chances for Forex trading to pose good options to leverage on. Fast profits aren’t something you should be expecting out of this activity, which at many times acts as a double-edged sword which could cut through your existing funds to take you down the hole of bankruptcy.

Several Forex traders underwent substantial losses when the central bank of Switzerland made a surprising move. The capital of almost three brokerages was wiped out with the losses faced by the retail traders. Such events can leave you in a void state because none of the episodes is predictable, like in the field of cryptocurrency. The volatility of the industry has disseminated all over that such occasional occurrences aren’t the only ones that bring about losses.

Even though the currencies have a volatile nature at times, cases like that of the Swiss bank are not common. Excessive leverage is the biggest risk that retail forex trading poses. Some of the overseas jurisdictions have even shown trends of leverage as high as 200:1. This has caused the clamping down of the retail trading by regulators in many parts of the world.

The biggest issue with forex trading is that the trends are unpredictable, which can potentially take you through misery. Seasoned traders will be well-versed with managing such situations and minimizing losses, but others will follow a different trend. When a small profit is encountered, they tend to invest bigger in the same way, which will lead to greater losses. 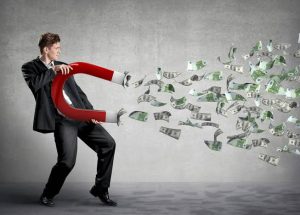 Although this doesn’t always happen, the platforms that you trade could come across certain breakdowns which could lead to losses by not being able to close a trade. The almost zero knowledge about the information edge, which only the trading bank have access to, will keep you unaware of the current trends, which can lead to drastic fluctuations.

Can Forex Trading Make You Rich?